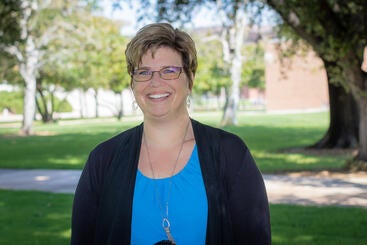 Interim Director
Licensed Marriage and Family Therapist
Pronouns: She, Her, Hers

Laurie Lee started working part time at UCR in November 2015 as a case manager, and in April 2016 was invited to join the Case Management team full time. Laurie graduated from UCR in 1991 with a bachelor's degree in liberal studies with an emphasis on psychology/education. In 1994, she received a master’s degree in marriage and family counseling from the University of La Verne. Laurie has been a licensed marriage and family therapist since 1997 and has more than 20 years of clinical experience in providing therapy to children/teens, young adults, couples and families.    Her background is working in community mental health agencies providing therapy to children in elementary, intermediate and high schools. In addition, Laurie coordinated a school-based counseling program while supervising and training MFT interns/trainees. Laurie was also a social worker for a foster care agency where she worked with children and teens in the foster care system, taught parenting classes, and helped open a community mental health clinic as a supervising coordinator.

Laurie stepped away from her 11-year private practice to concentrate on working with UCR students as a case manager. She is excited about the opportunity to provide students with support in achieving their goals of academic success, and in aiding them in developing healthy solutions.

Interesting Facts About Laurie: Laurie’s self-care activities are going to the LA Kings or Ontario Reign hockey games with her family, going on scrapbook weekends with her friends, reading (from Jane Austin to The Walking Dead), coloring/painting/drawing and photography. Her current passion is learning and practicing art therapy techniques. 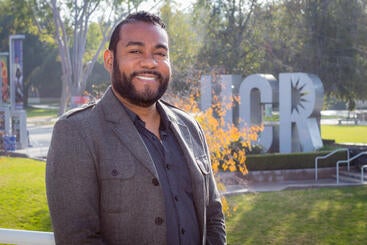 Licensed Marriage and Family Therapist
Pronouns: He, His, Him

Alton Carswell joined us as a case manager in November 2018. He has a master’s degree in media psychology from Fielding Graduate University Santa Barbara, and a master’s degree in clinical psychology from Antioch University Los Angeles specializing in LGBTQI affirmative therapy. He is a licensed marriage and family therapist with 9 years of experience working with various communities including youth, seniors, individual couples, inmates, and drug/alcohol recovery clients.

Before psychology Alton was in the media and film industry, working in production at Paramount Studios, MTV, and independent production companies. He also worked in the health marketing field as a Program Coordinator specializing in HIV health messaging and services at the LA Gay and Lesbian Center.

Alton has completed and presented research that focuses on LGBTQI and people of color themes most recently while working on his doctorate. Most recently he completed research including content and demographic analysis for the Revry, streaming media channel and content provider. Alton’s body of work focuses on LGBTQI issues, ethnic imagery, visual literacy, and health interventions.